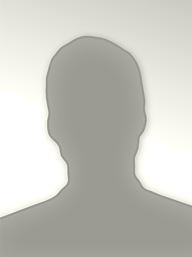 Earl A. Watson, age 72, passed away on Tuesday, September 12, 2017, at his apartment, in Brossard. His parents, Normand Watson and Florence Kemp as well as his brother, Ronnie Watson preceded his death. He was born in Montreal, on March 28, 1945, and moved to Saint-Bruno at the age of 23. He is survived by three children, Scott, Chad and Crystal. He spent the majority of his career working as an engraver at Keates and Riddell Choquette, in Montreal. After work, he would often change into his green swimming shorts and jump in the pool. He enjoyed fishing, playing pool and taking care of his green grass. In his former years, he loved to hang out with friends and take the dogs for walks. As he grew older, he became a quiet man who kept a lot of his thoughts and feelings to himself.

The family will greet friends and family from 1:00- 5:00 p.m., Sunday, October 1st at the Royal Canadian Legion in Saint-Bruno. The Watson family would like to extend our gratitude to all of those who took care of our dad during the last few years. He will be greatly missed by his three children and four grandchildren, Liam, Caleb, Marissa, and Luke. We wish we had had more time to talk with you dad; still so much more to say.

We were so sorry to hear of the death of your dad. We know you will miss him so much as we never have enough years to do and say all we want. We really hope that your empties help you through this tough time. He must have been so proud of you, Scott. You have become a fine person and such a loving partner and father. Thinking of you! xxxoooo

I had the pleasure of knowing Earl in st Bruno when I worked at the 1250 where your dad would love to meet up with his buddies to chat and play pool. As I got to know your dad we became good friends, I have many cherished memories of Earl. I was very sadenned to learn of his passing today...

Deepest condolences to the Watson Family!! Earl was such a great person, and was a very smart man!! I enjoyed working with him everyday, and he taught me a lot! RIP Earl!