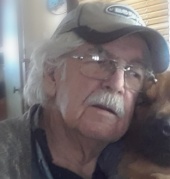 Passed away peacefully at the CHUS Hotel Dieu on Friday August 9, 2019 at the age of 84.

He was the father of Heather (Michel Morin) both from Clair, New Brunswick.

He was the son of the late Allison Blodgett and Lillian (Clement) and was predeceased by his sister Margaret (Richard Goodhue), brother Bruce Blodgett (Sheila) and his sister Betty (Charles Bown).

He also leaves to mourn many nieces and nephews.

As per John’s wishes there will no funeral service but donations to the Heart and Lung Foundation in John’s memory would be greatly appreciated by the family.

John loved the Montreal Canadians, fishing and discussing politics. I can hear John laughing at the TV watching one of his favorite shows Mrs. Brown.

Sending you love, you can rest now Pop’s, see you on the other side.

Write your sympathies or tribute

Very sorry for this sudden loss. You and I were just talking about him! Hugs and prayers. ❤️

Mr Blodgett, you brought me so many happy childhood memories. Your love of life, your gentle way, your impish laughter will live on in those memories. The thought of you makes me smile. You were always so patient and gentle, so fun loving, always ready for adventure. We kids were enveloped in the deep love you had for Heather, safe to be wild and grow in your nurturing care. May you Rest In Peace.

Heather and Michel I hope you find comfort in the happy memories. He truly was a special guy.

I already miss our phonecalls. We had this thing where we'd both answer the phone using the accent of old British ladies with a loud and heartfelt Helluuuuuuu-huuuuuuuu! We'd call each other 3-4 times a week and discuss pretty much everything. Politics, Heather's work and mine, the weather, world affairs, sports, his beloved Luna and our 2 cats, "the girls" how he called them. We'd talk after every Habs' games, he'd tell me about his passion, fishing, and we'd shoot the breeze never noticing half an hour had gone by. He always accepted my choices and decisions like I accepted his. He was a very entertaining father-in-law to me and I hope I gave him the same impression. And my guess as to why he didn't want a funeral is because all the talking might've scared away the fish where he is now.

SO SORRY FOR YOUR LOSS OF JOHN...WENT TO SCHOOL WITH JOHN AND BETTY.