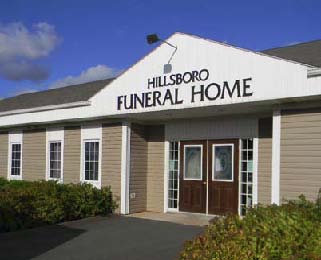 The 6th Annual Meeting of the Canadian Funeral Co-operatives Network was held on September 16th and 17th, in Charlottetown, Prince Edward Island, with a great turnout. The event was organised by the Fédération des coopératives funéraires du Québec (FCFQ), in cooperation with the PEI Co-operative Funeral Directors and Embalmers Association. Some 45 representatives of 9 different funeral co-ops from throughout North-America attended, including 8 representatives from the FCFQ and one from the Canadian Co-operative Association.

The Annual Meeting garners more interest every year, and it's no wonder. Over the event's two days, participants were treated to conferences and workshops that were especially relevant to funeral co-operatives, including:

This years meeting was also the setting for the filming of video clips. A total of 12 clips were shot, and they will soon be added to the FCFQ web-site. Thanks very much to Larry MacKinnon, Mary Nash, Mark Goldblatt, Rosemary MacDonald, and John Eric Rolfstad for their participation. They're all Coming soon to a computer near you!

This year's event was hosted by Hillsboro and Area Funeral Co-operative. Thanks to Barb Wood and Vince Murnaghan and their group for an interesting visit to their new installations, including a wine and cheese reception, followed by a guided tour of Charlottetown and a Friday night banquet. Islander hospitality at its best! 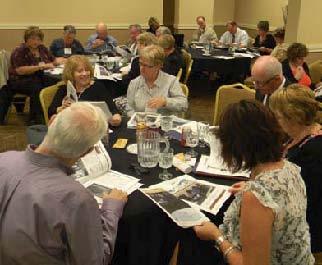 Meetings and conferences such as these are an important way for funeral co-ops to stay in touch, share experiences and find common solutions to common problems. The FCFQ, through the Funeral Co-operatives Network, is proud to participate in this effort and intends to continue in this direction. This year's record turnout shows that funeral co-ops have a lot to gain in learning and working together.